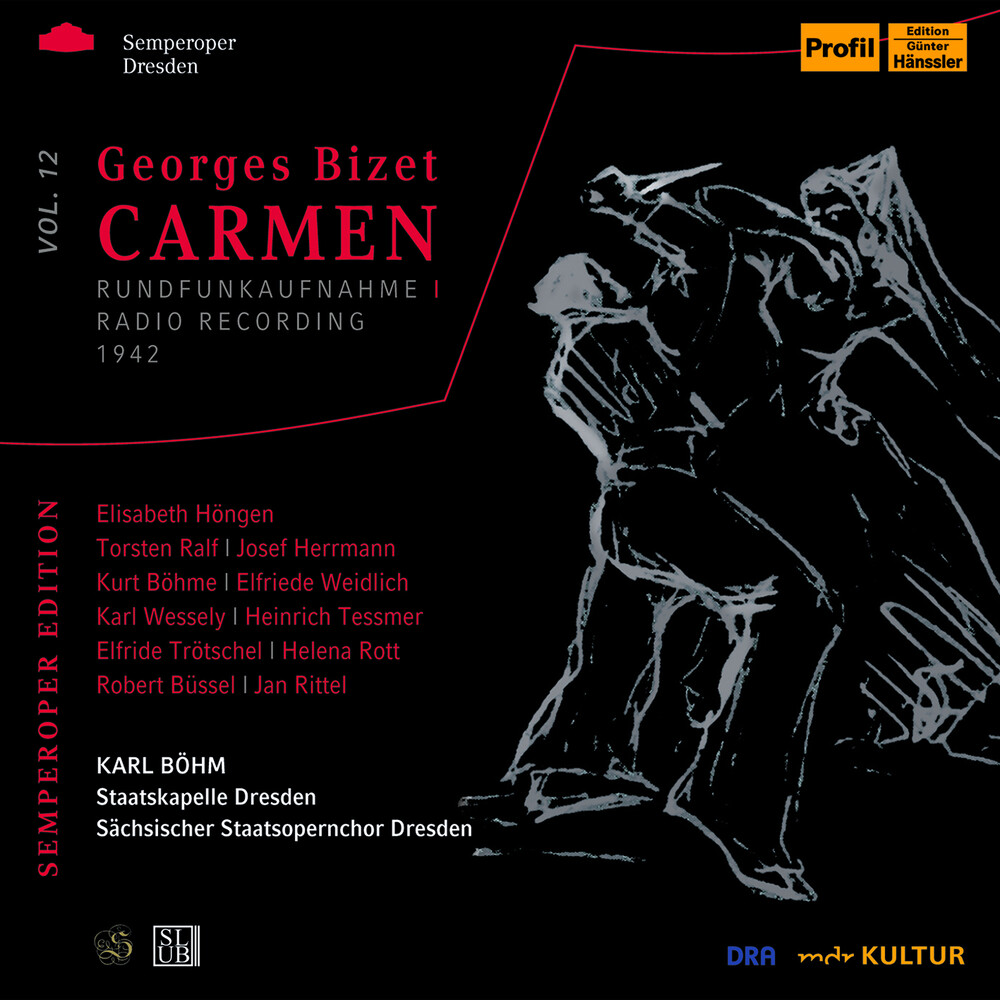 The present release is a live recording of 1942 from the opera house of the State Theatre of Saxony, the Semperoper, destroyed by bombing three years later and finally reopened in 1985. The opera chorus and orchestra are to be heard performing alongside an outstanding ensemble of soloists under the musical direction of Karl BĂ¶hm, then principal conductor in Dresden as successor to Fritz Busch. Sung in German to a text by Julius Hopp, the new production - advertised as being in it's 500th performance in mid-June 1942 - was created by Heinz Arnold, then Oberspielleiter (chief production supervisor) and post-war opera director to the Dresden State Opera. Stage sets and costumes (given as Trachten, "outfits", work clothes or regional dress) were the responsibility of Adolf Mahnke and Richard Panzer. What little has survived as evidence of this historic staging suggests that it was strongly influenced by the Paris premiere. The Hispanic-Moorish elements of the stage faĂ§ades clearly suggest the architecture of faraway lands. This thrill of the exotic is also to be found in the "outfits" and of course in the music. Georges Bizet thus combined and compared the charm of folklore with the (normally forbidden) deviant behavior of his characters. With their dusky harmonies, these psychologically convincing sequences of tuneful numbers hold the audience under their spell. The performance is an irresistible delight, especially in this realization under a maestro like Karl BĂ¶hm.
back to top