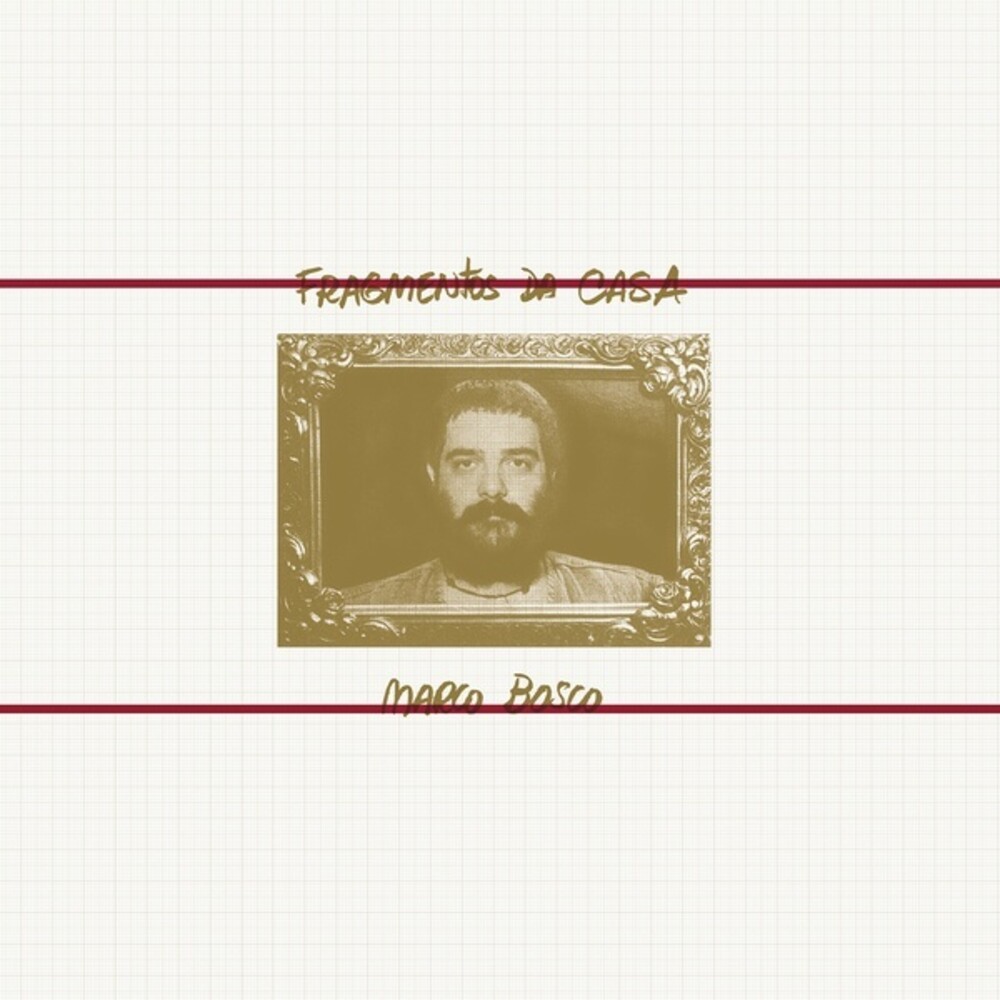 Vinyl LP pressing. Brazilian percussion is a universe apart. The fusion of African and Brazilian cultures and rhythms has generated many talented musicians who have gone deep into Brazilian roots to search for it's essence and thoroughly research all of our diversity. Many of the percussionists have been transformed into an "export products" worshiped worldwide: Airto Moreira, Naná Vasconcelos, Djalma Corrêa, Fernando Falcao, Pedro "Sorongo" Santos and Marco Bosco, among many others. Marco Bosco started his personal journey in the 70s, but the biggest impact happened when he released his first solo work, Metalmadeira (1983), a journey made up of acoustic and electronic textures, sons of nature, vocoders, synthesizers and sequencers. Fragmentos da Casa, his second solo album, had a striking concept, explained by the artist himself, from the original press release : "Antagonizing the synthesized universe of digital equipment and instruments to an acoustic aesthetics; plus emphasizing the timbristic characteristics of percussion: Fragmentos da Casa is a musical interpretation of a journey - one night and one day - through the rooms of an imaginary house" Reissued for the first time, Fragmentos da Casa was originally released in 1986, by Carmo, owned by Egberto Gismonti. Carmo also released albums by Gismonti, Piry Reis, Fernando Falcao, Nando Carneiro and André Geraissati, among others.
This website uses cookies to personalize content and analyse traffic in order to offer you a better experience.
I accept Learn More
back to top