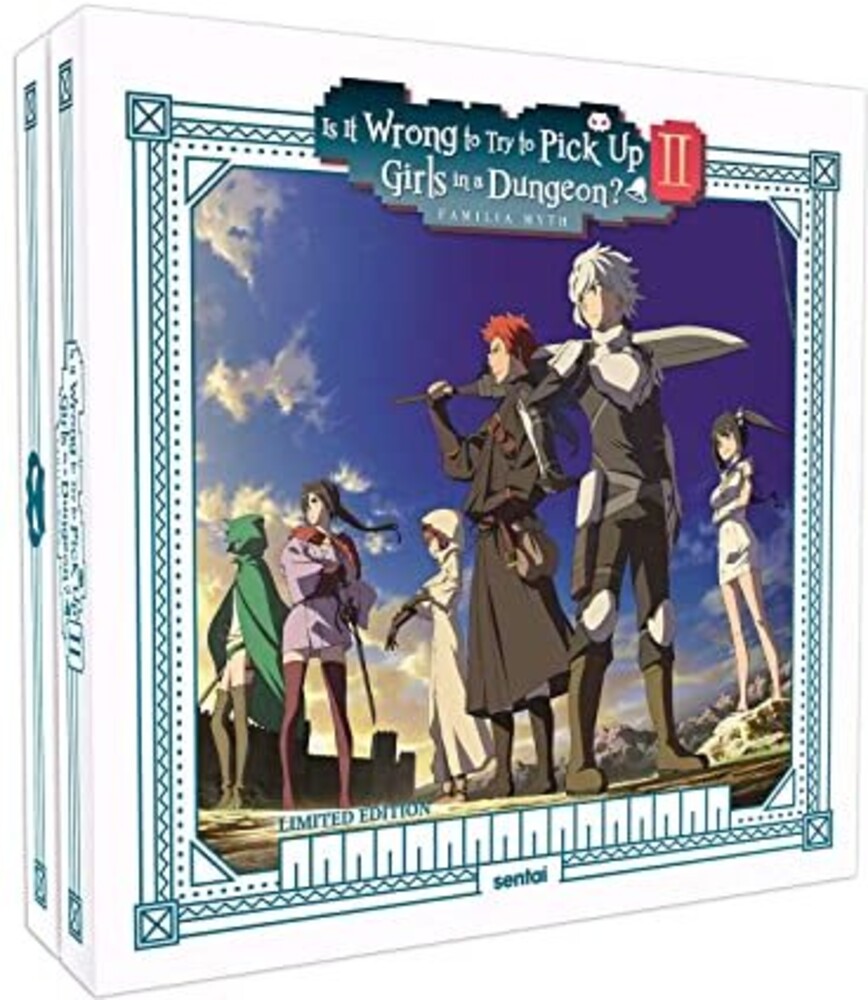 Is It Wrong To Try To Pick Up Girls In A Dungeon
Format: Blu-Ray
New: Not in stock
Wish

There's rarely a dull moment when you're the champion of a tiny Familia, and things only get rougher for Bell when the God Apollo declares war on Hestia and her followers. With Apollo's Familia able to field a hundred times as many men, Hestia will have to work a lot of favors to keep her Familia from being completely destroyed. Even if Bell and Hestia manage to pull off the impossible, a major debt that Hestia owes is about to come due and Lili's sordid past comes back to haunt her! Which means that when Bell and his friends come to Lili's aid, it sets into motion yet another impending clash of the titans that may destroy everything in Is It Wrong to Try to Pick Up Girls in a Dungeon? II