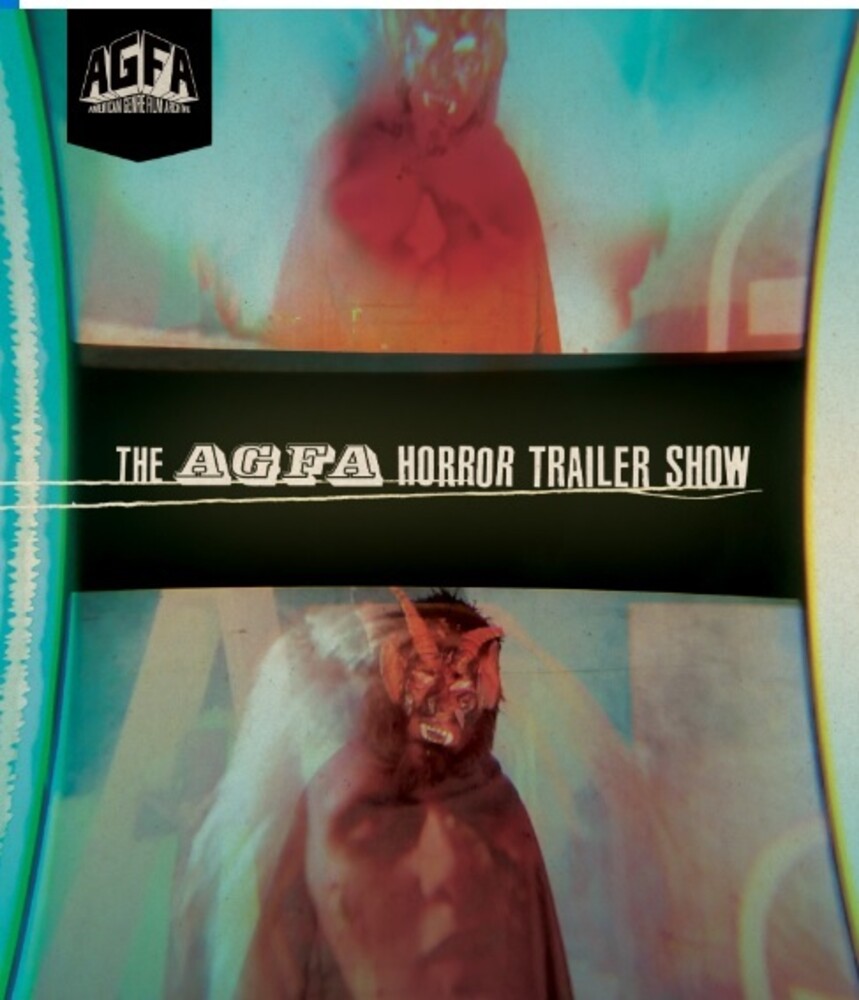 Unleashed from the dungeon of the American Genre Film Archive (AGFA), THE AGFA HORROR TRAILER SHOW is a senses-shattering compilation of the most spine-ripping, slime-slinging, soul-shredding horror trailers that you've never seen. Meticulously constructed by the mad scientists at AGFA to resemble an otherworldly night at the drive-in, this show features mega-rare trailers, commercials, and ephemera from the vaults - most of which has never been screened since it's original release. And it's all presented via A BRAND NEW 35MM FILM PRINT (or DCP)!! Book it for a truly special event and witness skull-splitting on an apocalyptic scale.