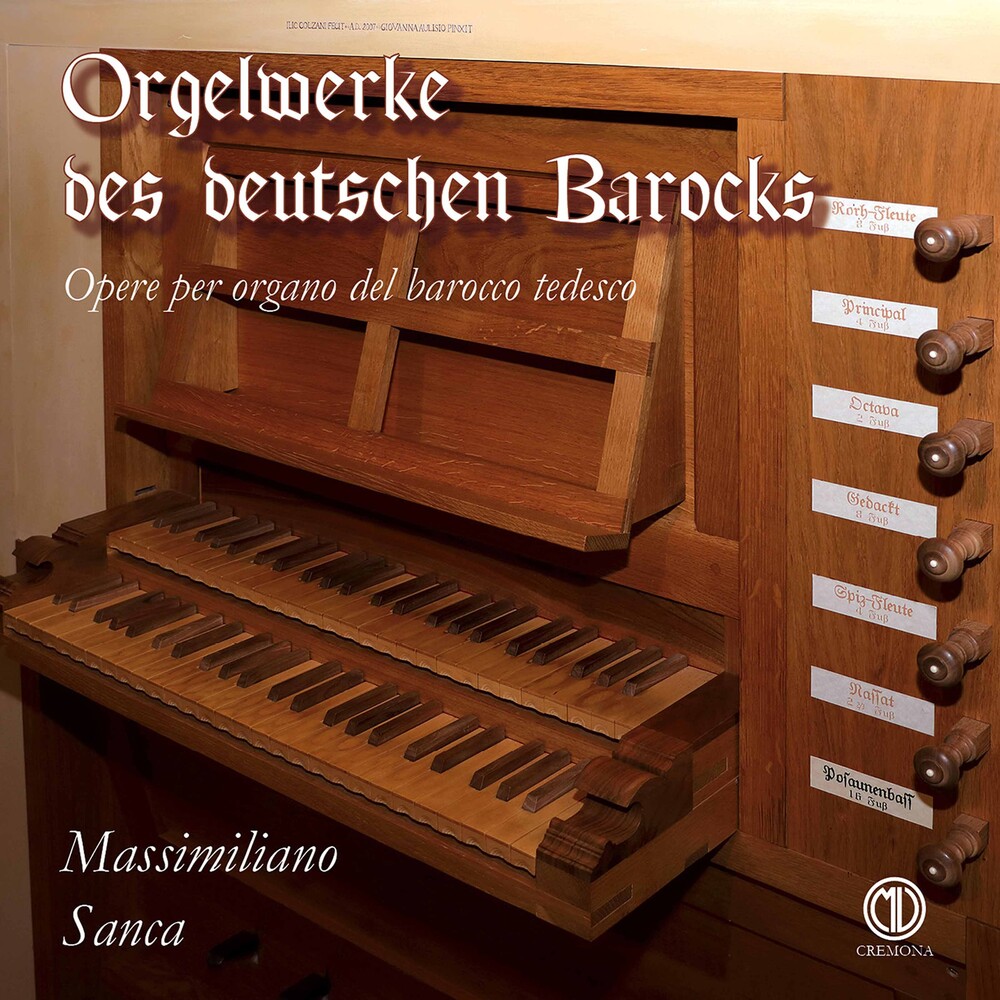 Massimiliano Sanca writes: "The pieces proposed in this album are the result of studies and in-depth research of masterpieces from the vast organ literature written in Germany in the XVII and XVIII century. The intonation studied and adopted on this particular organ, inspired by the great Gottfried Silbermann and the choice of temperament, which was most probably adopted on various organs of the time, as for example suggests to us the careful analysis of the counterpoint and the harmonies used in the keyboard compositions by the great Johann Sebastian Bach, aroused that interest and enthusiasm that led me with determination to the realization of this recording project that, certainly, does not end with this recording. The chosen registers, in the compositions performed here, make it pleasant to listen to even in the harmonic passages defined as "harder", deriving from the unequal temperament and also offer a complete sound overview of the details of the pitch of the pipes which, according to the nature and the register language, make the musical discourse even more clear and understandable. Finally, the timbre variety of this instrument creates a unicum of emotions and sonorous colors which, as if by magic, plunges us into the past."