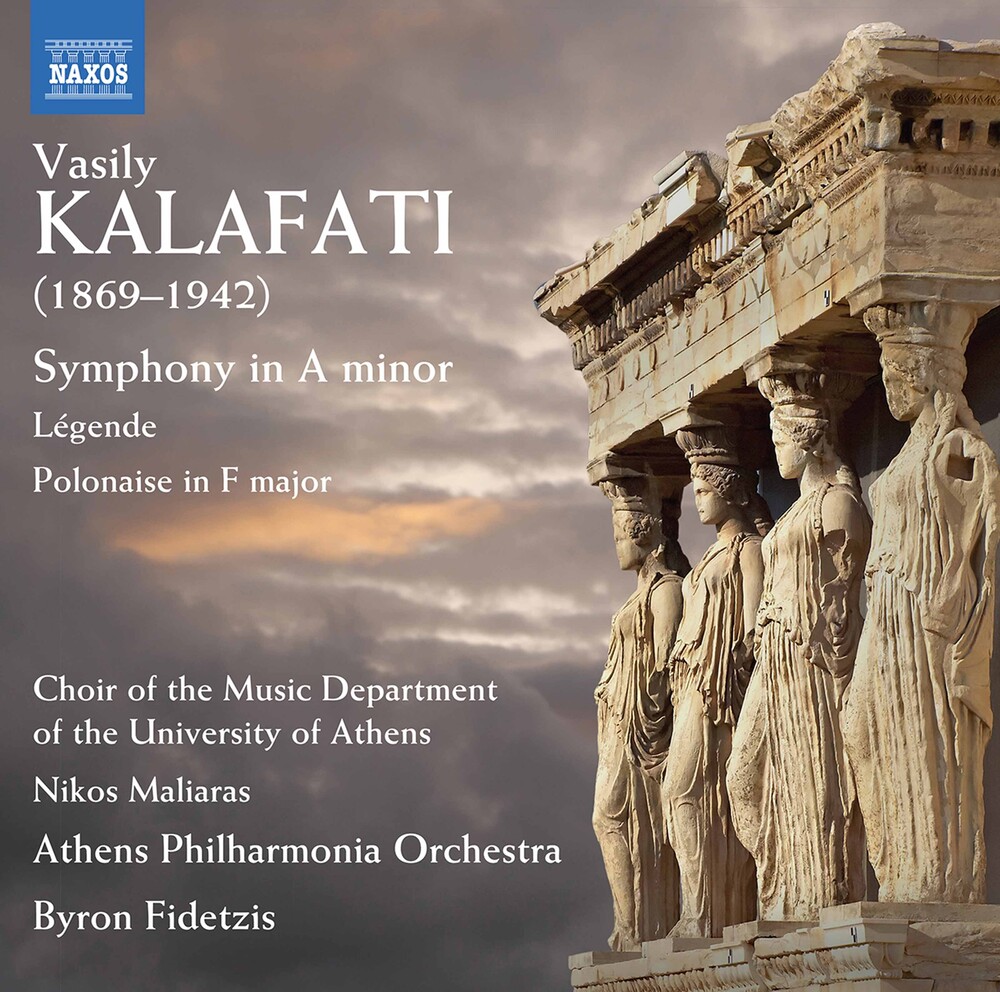 Greek by parentage, Vasily Kalafati settled permanently in St Petersburg where he counted Rimsky-Korsakov among his teachers, and later included Igor Stravinsky among a distinguished roll-call of his own students. Kalafati's style incorporated elements of the Russian National School into traditional forms, as can be heard in the wide-ranging contrasts and Romantic lyricism of his only Symphony. The Polonaise has a celebratory character with exceptionally bright orchestration, while the ingenious LĂ©gende commemorates Schubert by transforming his themes into a colorful late-Romantic symphonic poem that earned Kalafati some well-deserved distinction at it's premiere. Conductor Byron Fidetzis and the Athens Philharmonia Orchestra recently made a much-admired recording of works by Nikos Skalkottas, and Fidetzis has also recorded for the Naxos Greek Classics edition. These releases include orchestral works by Manolis Kalomiris (8.572451) in which 'Fidetzis... turns in a truly masterly job and delivers performances that are equally full of expertise, verve, and passion' (Fanfare).