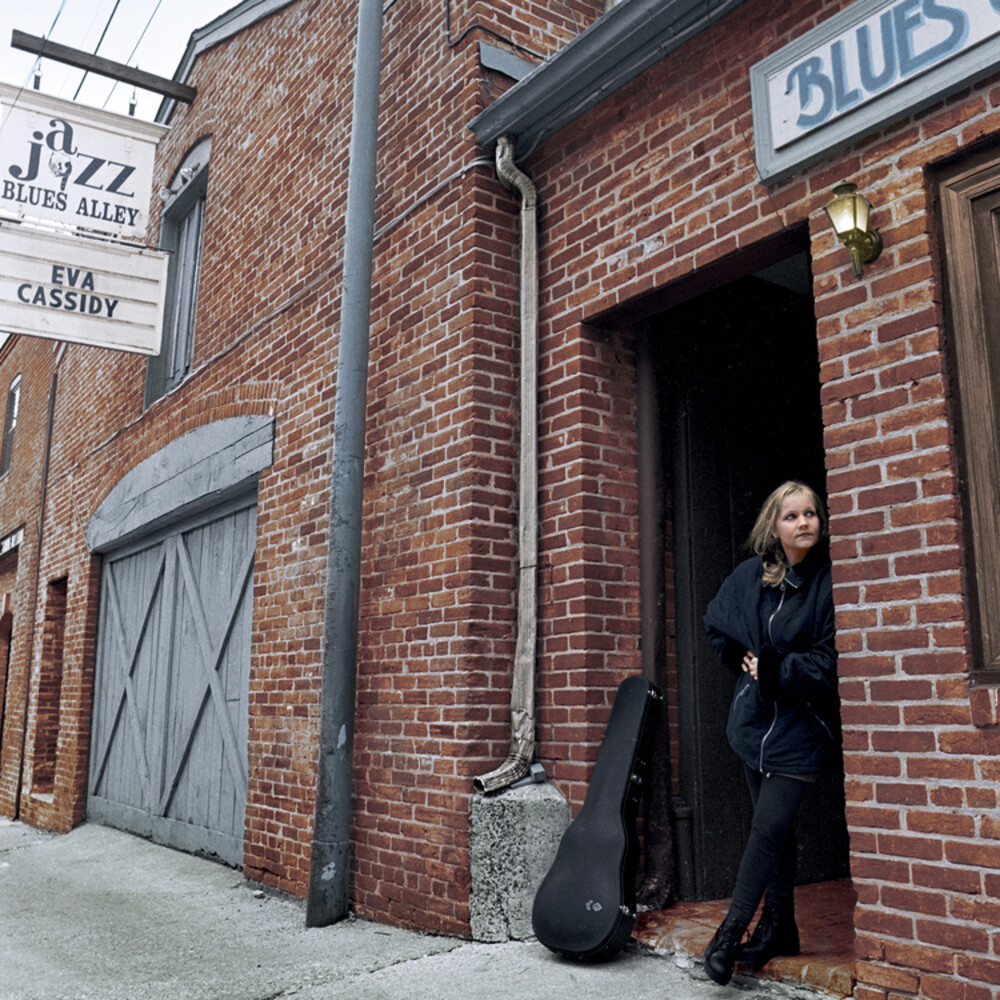 25th ANNIVERSARY EDITION OF EVA CASSIDY'S FIRST SOLO ALBUM "LIVE AT BLUES ALLEY" SET FOR RELEASE ON DECEMBER 3 FROM BLIX STREET RECORDS IN TIME FOR THE HOLIDAYS The specially re-mastered 25th Anniversary Edition of LIVE AT BLUES ALLEY, the only solo album released during the late singer Eva Cassidy's short lifetime, will be released on December 3, 2021 by Blix Street Records via it's new distribution agreement with ADA. It will be available in CD and digital formats as well as a 180g 45rpm double LP set created to fully showcase the recordings' phenomenal sound. This will mark the recording's first appearance on vinyl. Eva Cassidy's now legendary concert at Washington DC's Blues Alley nightclub on January 3, 1996 was in some ways a happy accident. Although Eva had spent years in the studio with producer Chris Biondo creating an eclectic body of work, the pair decided that a live album was the quickest way to achieve their immediate goal of creating a CD to sell at live shows. Eva cashed in a small pension from her day job at a local nursery, her Aunt Claire contributed toward the venture, the Blues Alley venue booked them during their slowest time of the year (just after the New Year's Eve blow-out), as was a live recording truck with a goal of generating enough profit to purchase a proper PA system for future shows. The result was LIVE AT BLUES ALLEY, released locally a scant few months before Cassidy's untimely passing from melanoma at the age of 33. Her first studio album, EVA BY HEART, was in the works at that time, but would not be completed until after her death. 25 years after it's release in the summer of 1996, LIVE AT BLUES ALLEY is known the world over, becoming the cornerstone of a posthumous career. To celebrate this milestone, the original album recordings have been carefully re-mastered by Robert Vosgien, who mastered the original album, from "first generation" unprocessed mixes. Vosgien elected to master in the digital domain to preserve the clarity and dynamics of Eva's incredible vocals, which now, more than ever, transport the listener back to the time and place. A heavyweight 45rpm double vinyl LP is also being released to showcase the sound along with CD and 24bit digital formats. It will mark the first time the album has been available on vinyl. Since 1998, Blix Street Records has released thirteen Eva Cassidy collections, initially issuing SONGBIRD, an anthology comprised of tracks from the original LIVE AT BLUES ALLEY and the EVA BY HEART studio album, plus "Over the Rainbow" from the 1992 THE OTHER SIDE duet album Cassidy made with Chuck Brown. (Blix Street subsequently made the original LIVE AT BLUES ALLEY and EVA BY HEART albums available as well). But it was in 2001 that music enthusiasts took notice of Cassidy's compelling way with a song as the SONGBIRD compilation topped the British album charts (two other Eva Cassidy collections have subsequently also reached #1 on the UK charts), and Cassidy's reputation has grown exponentially since her music found an international audience. With more than 11 million worldwide album sales and critical acclaim such as the Wall Street Journal praising her "perfect pitch, impeccable timing and vulnerability" and USA Today citing her "emotional ability to reach the depths of any song, " her unerringly tasteful sense of material continues to propel interest in her recorded work all these years later. LIVE AT BLUES ALLEY - 25th Anniversary Edition follows the release of the documentary "Eva Cassidy - One Night That Changed Everything, " which details the events of January 2 and 3, 1996 via interviews of her band members in the original Blues Alley venue while viewing footage from the original concert. It is available for viewing https://www. Youtube. com/watch?v=XEqzTlZdfSo & ab_channel=EvaCassidy The vaunted Georgetown nightclub, shuttered
This website uses cookies to personalize content and analyse traffic in order to offer you a better experience.
I accept Learn More
back to top