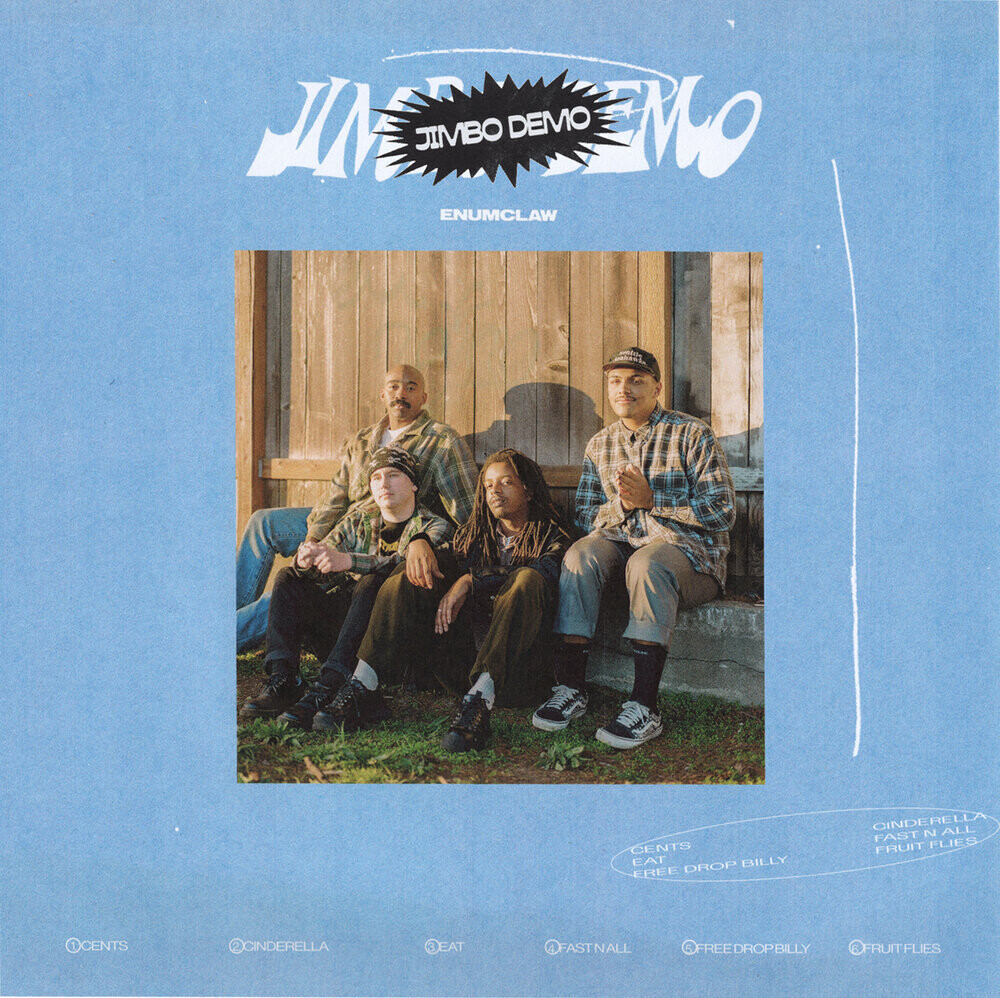 "Tacoma, Washington's Enumclaw bill themselves as 'The Best Band Since Oasis,' but they're self-released and, thanks to COVID, have never had a chance to play a live show... Blown-out guitars and languid beats conjure a sort of dingy, Pacific Northwest shoegaze." - Marc Hogan, _Pitchfork_, 2021. Last year was a banner year for Tacoma-based rock band Enumclaw. After dropping their first single 'Fast N All' in early 2021, the band blew up, nabbing features in the Seattle Times, KEXP, Pitchfork, and The Fader before playing any public live shows. In April, they dropped their debut EP Jimbo Demo to rare reviews. And just last week, Enumclaw announced Luminelle Recordings signed them. Things are only looking up for the grungy four-piece... The band officially came together during the summer of 2019 following a drunken karaoke session when Johnson-who co-founded Toe Jam and DJ'd for hip-hop group Boiler Boyz- convinced guitarist Nathan Cornell and drummer Ladaniel Gipson to start a band, he told KEXP. The trio had three demos recorded and just before they had a chance to play live, the world shut down in March 2020. On the upside, it gave them more time to make music. Eventually they recruited Johnson's brother, Eli Edwards, on bass to fill out their lineup. Citing bands like Nirvana, Radiohead, Mötley Crüe, Drake, and Weird Al Yankovic as influences, Enumclaw's sound is a mashup of shoegaze, post-grunge, and emo. The mix is a kind of ironic evocation of the music that made the Pacific Northwest so popular in the '90s. There's an angst inherent to the band's distorted guitar and disaffected, flat singing, with lyrics earnest enough to make you want to sing along-like when Johnson speak-sings with his characteristically brash vulnerability, 'Remember when we were kids/ How did it end up like this/Those are the days that I miss' on Jimbo Demo album opener 'Cents'." - Jas Keimig, _The Stranger_, 2022
This website uses cookies to personalize content and analyse traffic in order to offer you a better experience.
I accept Learn More
back to top