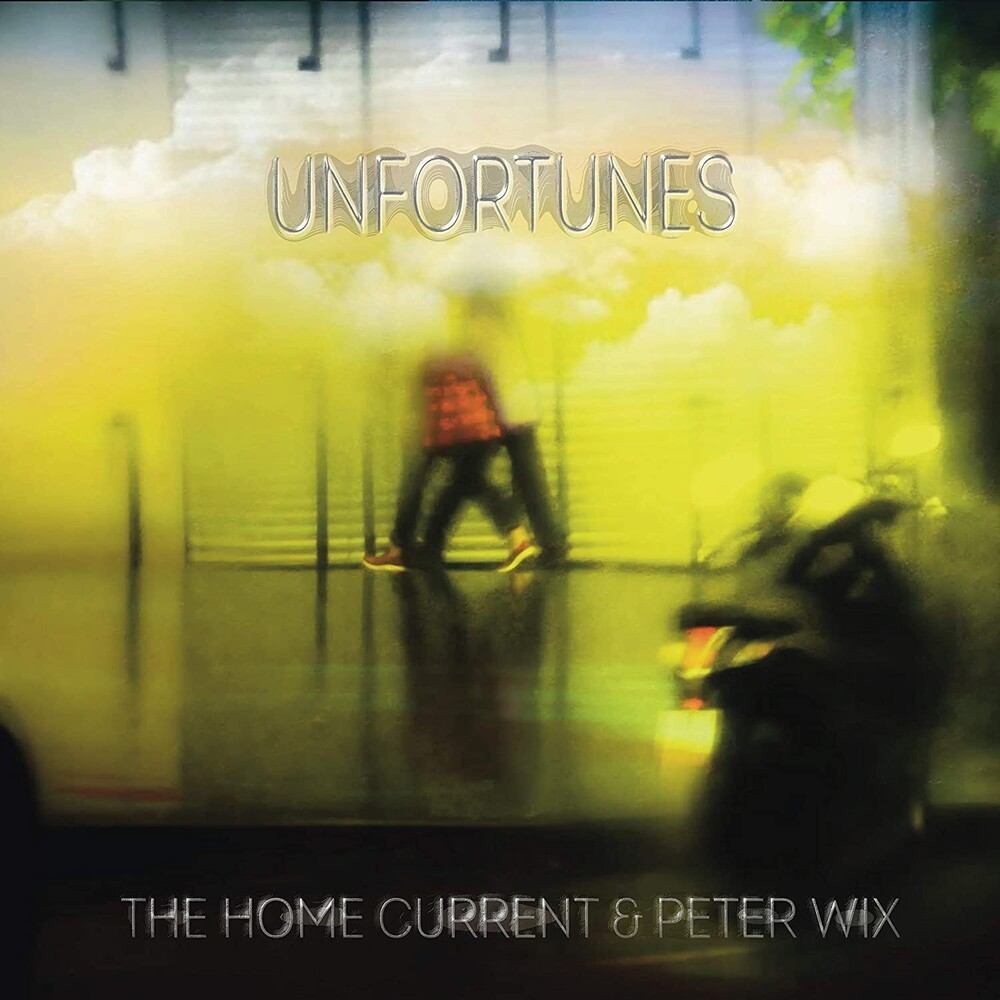 "I'm normally not a big fan of spoken word music. But I love your voice, and I think it would be fantastic to have you doing a spoken word thing on this track I have, if you're into it." It was a message from Martin (The Home Current) to Peter. Yes, he was into it. And around successive midnights over the next six weeks, the tracks from Martin flowed and these good friends made enjoyable work of shaping words around music, and melding both into the audio scenes that make up this unusual project. Coming together without any theorizing, something in the connection kept sparking and lighting up the next step. But any deeper reflection on the origins and mechanics of this creative process will surely lead back to the storytelling glow of cinema. Martin is a lover and collector of film soundtracks, and Peter has long been reminding Martin of the filmic flavor of a wide region of his music and it's potential destination as part of films as yet unmade. Unfortunes continues the experiment of The Home Current's untiring love for music. Martin Jensen is a prolific composer and producer of music, and behind acclaimed releases for labels such as Castles In Space, Polytechnic Youth and Woodford Halse. As singer and songwriter, Peter Wix formed Jean Paul Special (with Juan Aís) in the 1990s, releasing two albums, Lovely Cardoons (1999) and The Recall Code (2003). More recently, he has worked under different names in different projects, including Continental Film Night (Tinhorn Home Companion Library Vol. 1 - 2007);30km Inland (Stolen Shore Lines - 2014); and Winter Cabin (tracks on Minute Papillon; Music and Migration; Christmas in Haworth).