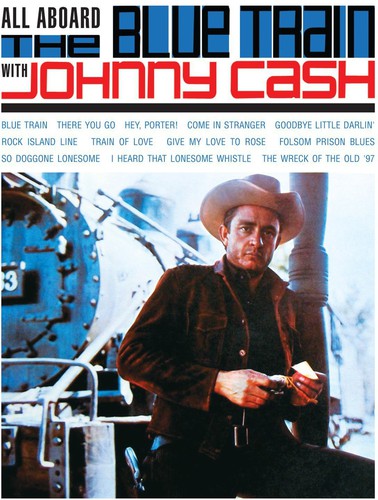 UK reissue. The songs on ALL ABOARD THE BLUE TRAIN stand comparison with much of his later repertoire. That is probably because Johnny sounded at his best when singing about people, places and trains, and those three elements feature predominantly on this album. The stand out cut is undoubtedly 'Folsom Prison Blues', but his update on 'Wreck of the Old '97', 'Hey Porter' and 'Rock Island Line' are especially worthy of attention.