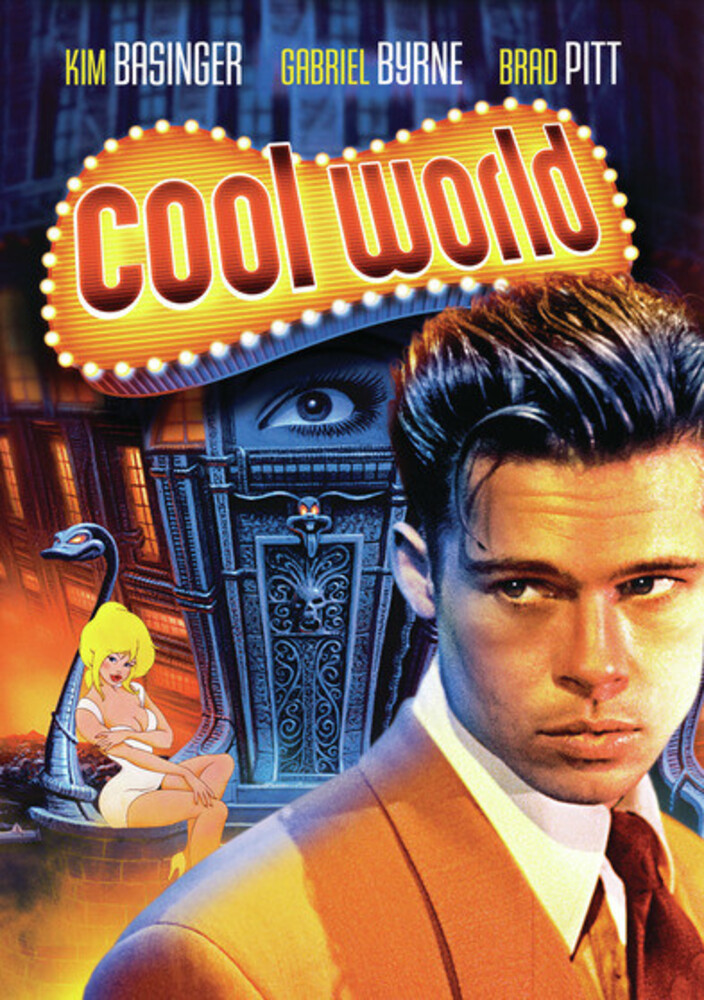 BACK ON DVD! Jack Deebs (Gabriel Byrne) was a successful cartoonist, but when crime put him behind bars, his only escape was to create Cool World, a comic known for it's voluptuous vixen Holli Would. But the 'toonsmith becomes a prisoner of his own fantasies when Holli pulls Jack into Cool World with a scheme to bring herself to our world. Now, a hard-boiled detective (Brad Pitt) - the only other human in Cool World - must make sure that Jack doesn't give into Holli's temptations, because the law of the land is 'Noids (humans) don't have sex with doodles (cartoons). The flesh proves weaker than ink, however, as Holli takes human form (Kim Basinger) in Las Vegas, starting a trans-universal chase that threatens the destruction of both worlds. Acclaimed visionary director Ralph Bakshi (FRITZ THE CAT) brings this original, splashy mix of animation and live-action sequences pushing the very limits of it's PG-13 rating. Featuring an eclectic soundtrack that includes David Bowie, Moby, Thompson Twins, Electronic, Brian Eno, and Ministry.